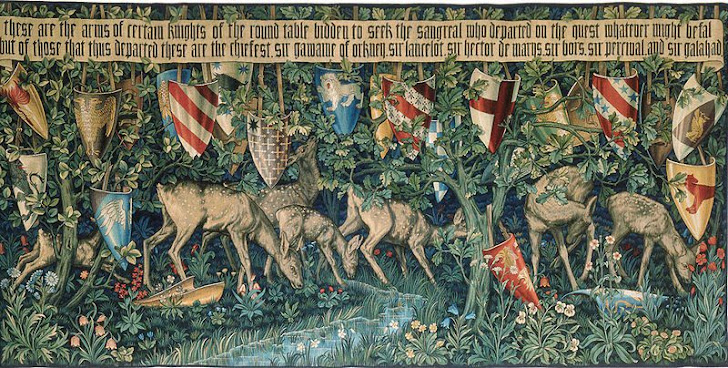 
Perhaps the Knights Templar should seek a patron within Sweden, after all they have Carl XIII:s Orden, it is directly tied to Freemasonry and is bestowed by the king on only 33 Freemasons in the world. 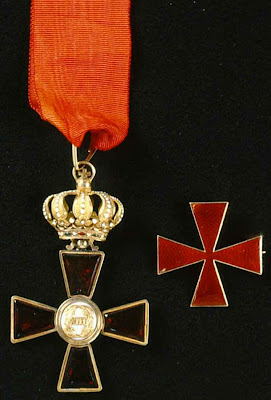 Many may not know it, but there is an Oder of Chivalry directly tied to Freemasonry; it is in Sweden and is bestowed by the king on only 33 Freemasons in the world, below is the information I was able to gather.

The Order of Charles XIII (or Carl XIII:s Orden) is a Swedish order of knighthood, founded by King Charles XIII in February 27, 1811. The Lord and Master of the Order is the King of Sweden, currently His Majesty King Carl XVI Gustaf. The order can only be conferred on Freemasons of Protestant faith, they must be at least 36 years old and of the X degree and R&K of the Swedish Rite. The membership of the order comprises:


30 (Thirty) lay members and never more than 7 non-Swedish members, (recently has been lifted to 10) each holding the XI (honorary and highest) degree of the Swedish Rite of Freemasonry.


All Princes of the Royal House of Sweden are members from birth, but cannot wear the insignia until they are members of the X degree and R&K or also known as XI or holders of ruby cross.


There can never be more than 33 persons who have the order at the same time. (Men of royal blood do not count).


The insignia consists of a red St George cross, in the centre a white globe with the monogram of the institutor, two opposite letters C surrounding XIII, in gold. On the reverse the globe has the letter B in gold in an equilateral black and gold edged triangle. The cross is surmounted by a closed golden crown. The insignia is worn around the neck in a red ribbon.


The order uses a knight's gown, introduced 1822, and new knights are dubbed.
Link to Source
﻿﻿﻿﻿Worn as neck cross and for grand functions.

instituted February 27, 1811 by King Charles XIII and was intended to be awarded Freemasons of 11 degree, so called. holders of ruby cross, which was introduced in 1777, later known as knights and commanders with the Red Cross, which is the internal name of the frimureriska degree of decoration and the Knights of Carl XIII's Order, since about 1950  the Order's highest officials' numbers have grown so and now there are knights and commanders, the term "knights and commanders with the Red Cross" is no longer synonymous with the knights of Charles XIII's Order. The Knight's number was originally limited to 27 Laymen  3 being priests and 7 from foreign places. Nowadays (since 1932) the count is  30 laymen, with the number of priests and foreigners unchanged. 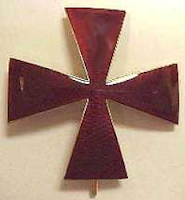 The Breast Cross was first used in 1822

Knights have been wearing it since 1822 as part of their regalia costume, especially at festive occasions. Since costumes for the other royal orders were abolished for Oscar 1's coronation in 1844, this is the only Swedish Order costume that is still in use. 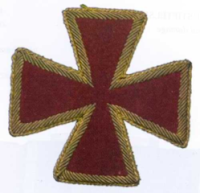 The Older breast star/pectoral cross of cloth used for sir coats like the Orders displayed on this Portrait of Admiral Nelson by Chris Collingwood. (notice the Order of Saint Joachim) 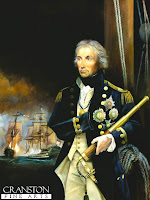 Link to Source
As Crown Prince, Charles' brusque manner led many to regard his future accession with some apprehension, yet he proved to be one of the most popular of Scandinavian kings and a constitutional ruler in the best sense of the word. His reign was remarkable for its manifold and far-reaching reforms. Sweden's existing communal law (1862), ecclesiastical law (1863) and criminal law (1864) were enacted appropriately enough under the direction of a king whose motto was: Land skall med lag byggas - "With law shall the land be built". Charles also helped Louis De Geer to carry through his memorable reform of the Parliament of Sweden in 1866. He also declared the freedom of women by passing the law of legal majority for unmarried women in 1858 - his sister Princess Eugenie became the first woman who was declared mature.
link to source
The Order's Costume is in yellow silk and velvet, with white and red accents, and over the shoulders was worn one cloak in white silk and velvet with an embroidered red cross. Around life worn a belt in white. The entire costume was cut in the National costume was founded by King Gustav III 1778
Link to Source
Posted by Beat Dandy at 12:48 PM

Orders of Chivalry Available to Americans

CURRENT MOON
about the moon 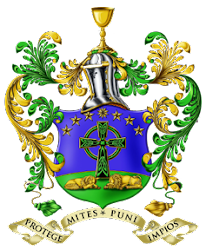 Nathan G. is a Knight Expectant in the Order of St. Joachim. He is also a Master Mason in Mcmillan Lodge # 141, AF&AM, Grand Lodge of Ohio, Affiliate of King Solomon Lodge # 8, PHA Kentucky Inc., and a Knights Templar in Webb Commandery # 1, Lexington York Rite Bodies. Mr. Glover is an avid historian, fraternal enthusiast, and mystic. He also currently serves the citizens of the United States, as a Federal Police Officer, and was Honorably Discharged from the Army, where he served as a Combat Engineer in the 82nd Airborne Division. Mr. Glover is the proud father of three beautiful children, and a beautiful wife whom is originally from Lagos, Nigeria. 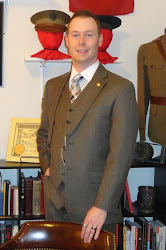 Trasen S. Akers studied military history at the University of Oklahoma and along the way petitioned for the degrees of Freemasonry in his hometown lodge of Eufaula No. 1 in 2004. In the fall of 2005 he was dubbed and created a Knight of the Temple. In 2010 Akers was awarded the Knights Templar Cross of Honor and elected to the progressive line of the Grand Commandery Knights Templar of Oklahoma. He is an avid historian and maintains a collection of US Army and Air Force General Officer uniforms. Akers resides in Oklahoma City and is the author of Knights on the Prairie: A History of Templary in Oklahoma.